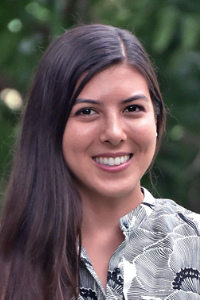 Margaret Zhou has had several years of experience as a yoga and martial arts instructor. She earned her 500-hour yoga teacher certification in 2014 and has taught community classes for all ages. Margaret also has experience as a practitioner of Japanese Shotokan karate, in which she earned a black belt in 2009, and Tae Kwon Do, in which she earned a black belt in 2017. During the day, Margaret is an environmentalist who works at the NGO International Rivers, and a new student of Traditional Chinese Medicine at the Academy of Chinese Culture and Health Sciences in Oakland, California. Margaret sees the body as a keeper of ancestral wisdom and seeks to use her practices to cultivate loving self-awareness. As a yoga instructor at the Rainforest Medicine Council, she seeks to create a safe and inclusive space to support the integration of mind, body, and spirit.  Yoga mats are provided.